What is the double boiler system? - Tecnora Blog

What is the double boiler system?

by Tecnora on 23rd January 2019 in Espresso Coffee Makers

All domestic espresso machines are built with a single boiler system except those that have a reservoir to hold milk for producing steamed milk for your cappuccino.

Machines that do not have a milk reservoir or a milk tank, have a single boiler to perform two functions-

The boiler can perform any of these functions depending on your chosen temperature switch setting. It is an  either/or option. So, if you have started off by setting the temperature control to espresso, the boiler will heat up accordingly and indicate with a green light when the appropriate temperature has been achieved and you’re ready to brew your espresso.

Unless toggled to the steam mode, the boiler will work continuously.  periodically firing on and shutting off the heating coil to maintain the espresso temperature as you prepare espresso after espresso.

Once you switch from espresso to steam, the boiler fires the coil to heat the water to a higher temperature for steam and a few seconds later, a green light indicates the readiness of the boiler, having achieved the steam temperature setting. Your’e now ready to turn the steam knob and allow the steam to flow out from the spout.

Similarly, unless toggled to the espresso mode, the boiler will work continuously.  periodically firing up and shutting off the coil to maintain the steam temperature as you froth milk for cappuccino after cappuccino.

After frothing milk, if you’d like to make some more espresso, you would need to toggle the temp control to espresso and wait for the temperature to drop. Once the ideal temperature has been achieved, a green light will indicate the readiness of the boiler to prepare espresso. This could take several minutes. 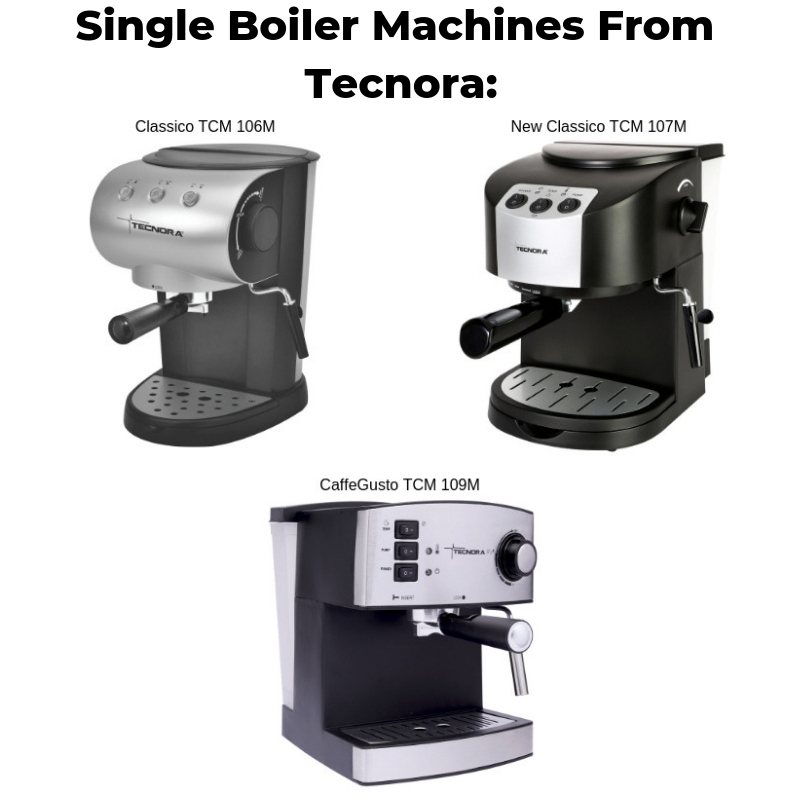 In a double boiler system, the machine is equipped with two boilers. One calibrated for espresso temperature and the other for steam. Each boiler dedicated to the desired function. No toggling between temperatures and no waiting for the temperature to rise or drop.

Both boilers working continuously firing on and off to maintain the calibrated temperature. 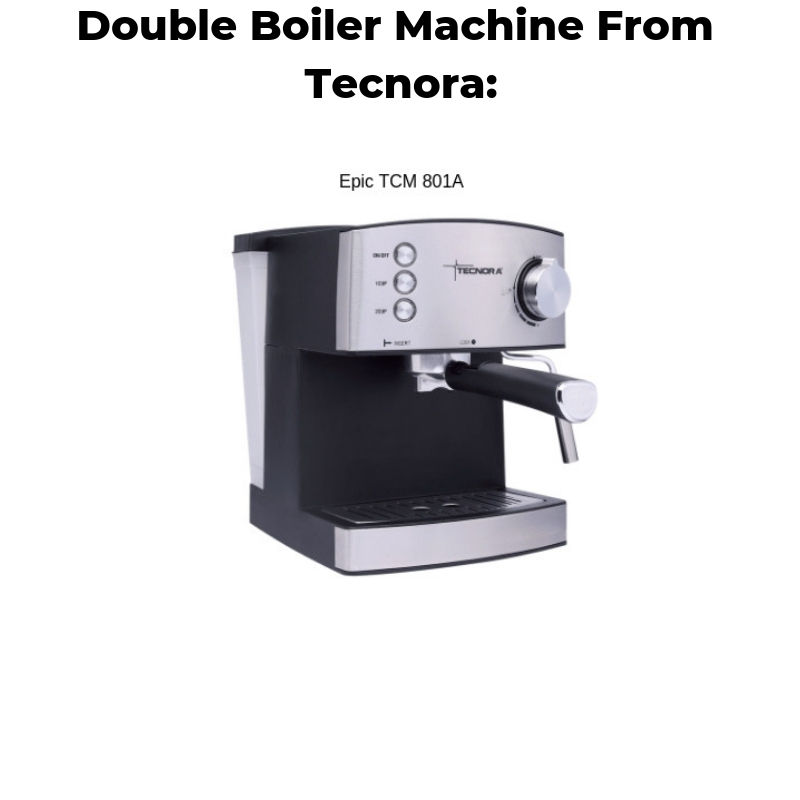 Disadvantage of the Milk Reservoir machines:

Although the double boiler system in milk reservoir machines has the advantage of ease of use by allowing you to prepare espresso or cappuccino alternatively without having to wait for the ideal boiler temperature, a major disadvantage is hygiene. In these machines, milk is sucked up from the milk tank through a pipe, mixed with steam and then released through a spout as foamed milk for your cappuccino. The possible hygiene hazard is the improper cleaning of the pipes that run the milk through, leaving milk residue to attract bacteria.

Advantage of the EPIC TCM 801A Double Boiler System:

The only fluid running through the machine is water. The process of cleaning is fairly simple. A simple purging operation after every steaming procedure, which is basically to flush out the steam and some hot water through the steam spout, clears the spout of any milk residue and completely eliminates the possibility of milk solids forming in the spout. 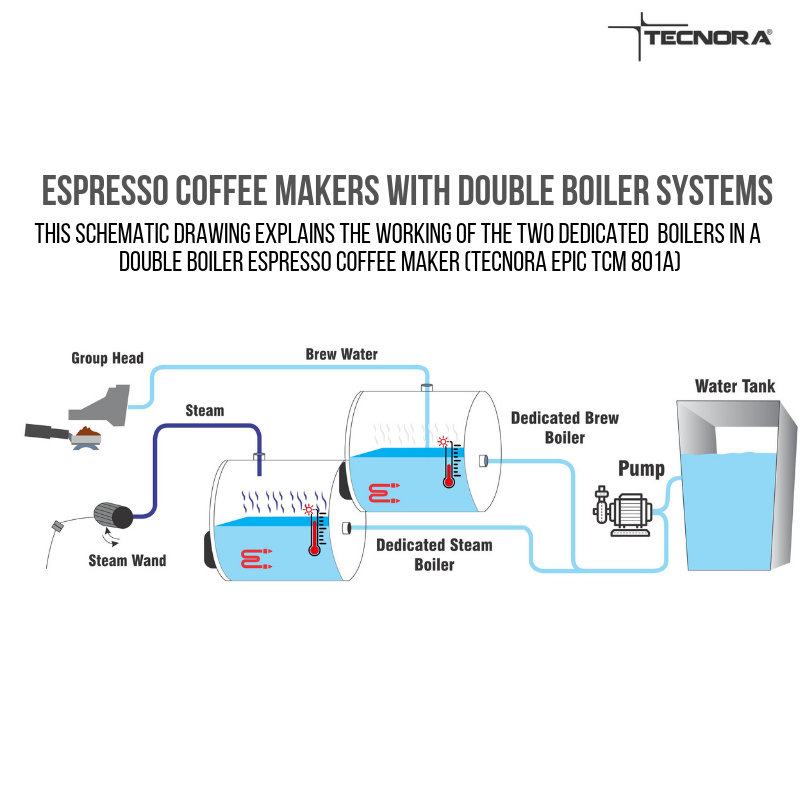 A special note from the Tecnora Team:

The Epic TCM 801A is a first of its kind. We worked on it with our design team in Italy to produce a model specific to the demands of our Customers in India. A model that can froth milk easily and eliminates the concerns with the treatment of milk, furthermore, the design tweak resulted in a machine that has the advantage of distinct temperature control for both operations of espresso brewing and steam generation with minimum wait times for optimal temperature settings.